Discover Rio de Janeiro from our point of view!

Customers rate us with 5 stars.

Discover the packages for the Helicopter Tour in Rio de Janeiro

3 or more passengers
Promocional
1 or 2 passengers

Check out the main sights of the helicopter tour in RJ

For those looking for a different, unusual tour with a hint of adrenaline, I’m sure the RJ helicopter tour is the right choice. Although many already know that Rio is a wonderful city, getting to know it from a new angle can be one of the most incredible experiences in life.

With a 30-minute helicopter ride, you can get to know and be enchanted by many places in Rio de Janeiro. You will fly over so many sights from a different angle and be able to enjoy every minute of this tour.

We list below the 15 main tourist attractions that you will visit when flying over RJ.

Jacarepaguá Airport is located on Avenida Ayrton Senna in Jacarepaguá, in the city of Rio de Janeiro. Managed by Infraero, this airport is approximately 30 kilometers away from the city center.

Barra da Tijuca beach is considered by many tourists and even locals as one of the best beaches in Rio de Janeiro.

On the helicopter tour, you will be able to see its white sands and crystal clear green water. Due to the strong winds and waves, in some parts of this beach there are a lot of surfers.

Joá is a neighborhood in the West Zone of the city of Rio de Janeiro. It is located in a very mountainous region, therefore most of its population is distributed on top of the Joatinga hill.

At approximately 842 meters high, Pedra da Gávea is considered the largest stone block by the sea in the world. It is free for people to take trails in this region, since there is supervision of the Tijuca National Park.

An unusual feature of Pedra da Gávea is the shape of a human face on one of its sides. For some geologists and scientists, this situation is the result of erosion over time.

The São Conrado neighborhood is located in the South Zone of Rio de Janeiro, being well known for its large condominiums and luxury hotels.

The main point of this neighborhood is Pedra da Gávea, considered the largest stone block by the sea on the planet. And for people interested in free flight, it is possible to practice hang gliding or paragliding, landing on the final stretch of the neighborhood’s edge.

After the São Conrado neighborhood, the helicopter will fly over the Leblon neighborhood. Also located in the South Zone of Rio de Janeiro, Leblon is known for its peaceful and very popular beaches.

The Ipanema neighborhood is also well known and popular with locals and tourists. It is a great region for those who want to meet new people, and increase their circle of friendship.

This neighborhood is also in the South Zone and is neighboring the Copacabana and Leblon neighborhoods. And in addition to the privileged location, Ipanema beach became world famous after the composition made by Vinícius de Morais – Girl from Ipanema.

Arpoador beach is an extension of Ipanema beach. It is a small beach, approximately 500 meters long. However, it is much sought after by surfers looking for big waves to venture into.

When flying over Copacabana, it is possible to find the Copacabana Fort at its tip. Today, this postcard receives an average of ten thousand visitors per month.

Considered as one of the most beautiful postcards in Rio de Janeiro, the Sugar Loaf Mountain has the most requested and acclaimed tours by travelers and tourists: getting to know Christ the Redeemer, enjoying the Guanabara Bay and, of course, enjoying the ride on the cable car. .

Also located in the South Zone of Rio de Janeiro, the Rodrigo de Freitas lagoon is the favorite place for rowers, and also lovers of this sport. Inside the helicopter you will see a good number of traditional rowing clubs, as well as other sports and leisure activities.

In its 9.5 km of contour, people can also enjoy the bike path, jogging track, playground, sports courts, small gastronomic center and a space destined for the dogs to play.

The Jockey Club was founded in 1932 and since then it has been the stage for the most traditional turf championship. The hippodrome was built in a certain area, where the biggest horse racing event in the country takes place.

Known as one of the most beautiful and well-preserved green areas in the city, the Jardim Botânico do Rio de Janeiro is a research institute and botanical garden.

During the flight, you will be amazed by the beauty of this space. The Botanical Garden has about 6,500 species, spread over an area of ​​54 hectares, outdoors and in greenhouses. This natural beauty is without a doubt breathtaking!

You will find at the top of Corcovado Hill a statue that depicts Jesus Christ. Located in Tijuca National Park, Christ the Redeemer can be seen from most parts of the city. However, there are tours where people can get very close to this monument.

As a curiosity, in 2007 Christ the Redeemer was informally elected as one of the seven wonders of the modern world.

The end of this wonderful tour comes to an end as the helicopter returns to the airport. And for each trip made, the 4Fly RJ team always hopes that its customers have enjoyed every minute of this unforgettable experience!

I want to book my flight

What makes us different?

4FLY RJ will make your Helicopter Tour in Rio de Janeiro unforgettable. Our experienced pilots and new aircraft will give you the comfort for an incredible experience on a spectacular Helicopter Flight in the main sights of the wonderful city.

Our super satisfied passengers rate us with 5 Stars. Check and schedule your Helicopter Tour with us. Our team is ready to serve you, schedule through the website or Whatsapp. Come live this experience on a Panoramic Flight in Rio de Janeiro.

We have the best price on the market with different types of payment.

We make an exclusive route through the main tourist spots in RJ.

Our pilots are experienced and with several hours of flight time.

We use aircraft within the standards required by ANAC.

We have exclusive and differentiated flights for couples.

The main means of communication for a great service.

Priscilla Agostini
25/05/2022
Amazing experience, so much better than I thought. The views of Rio were stunning from the helicopter, it took my breath... Leia Mais »

Vincent Gonzalez
25/04/2022
Booked a 45 min tour and it was perfect. Amazing view of the beautiful city of Rio de Janeiro and... Leia Mais »

patricia cazier
15/07/2022
Very good fly, excellent Teams Who make the maximum for your pleasure. Remember for us for a long time.

António VB
Verificada
Must do it Extremely nice staff, great service and definitely the right way to see Rio de Janeiro. Our Italian pilot was amazing!!!

The current query has no posts. Please make sure you have published items matching your query. 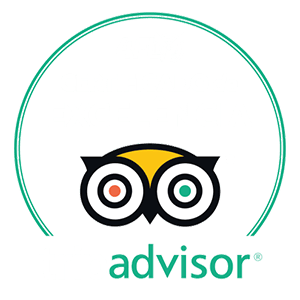